Thunderstorm activity has returned to the Kimberley and Northern Interior of WA and western regions of the NT for the first time this spring.

Mid level moisture from the Indian Ocean is being drawn into a low pressure trough across the northern half of WA. This lead to a scattering of storms across the region late Sunday evening, becoming more widespread during Monday afternoon.

During Tuesday, this storm activity should weaken into patchy rain areas across eastern WA and into southern parts of the NT.

Whilst only a few millimetres of rain is expected, it will be a welcome relief for inland locations of Australia that haven't seen precipitation in months. 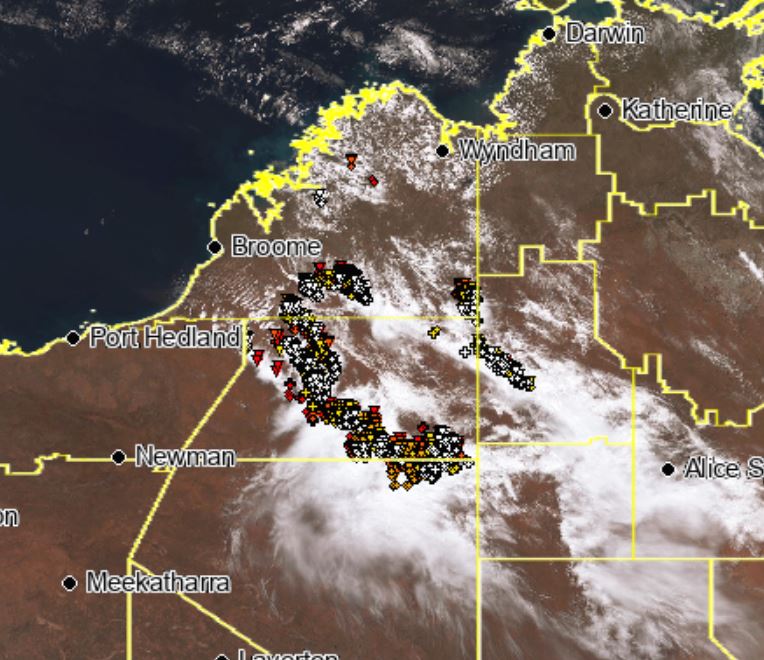