Happiness falls in the way of rain for Central West QLD

After months of dry, hot and dusty conditions, some relief in the form of patchy rain and storms has developed across parched regions of central inland Queensland.

Whilst not drought breaking, the best rainfall in months has fallen, providing that ray of hope that better times might be around the corner.

Parts of the Central West and Central Highlands received the heaviest falls in the 24hrs to 9am this morning, with the Upper Claude River picking up an impressive 50mm, Sunbury 47mm, Fairview 43mm and Mt Harden 40mm.

Further showers, storms and rain periods have developed throughout Wednesday with impressive follow-up totals this morning with Blackall picking up a further 50mm and Duneira 37mm.

Over the next 24-48hrs further falls are expected, with widespread totals of 20-30mm likely and isolated falls up to 80mm, particularly with storm activity. A severe thunderstorm warning is current across the region for damaging winds, heavy rainfall that may lead to flash flooding and large hail stones. 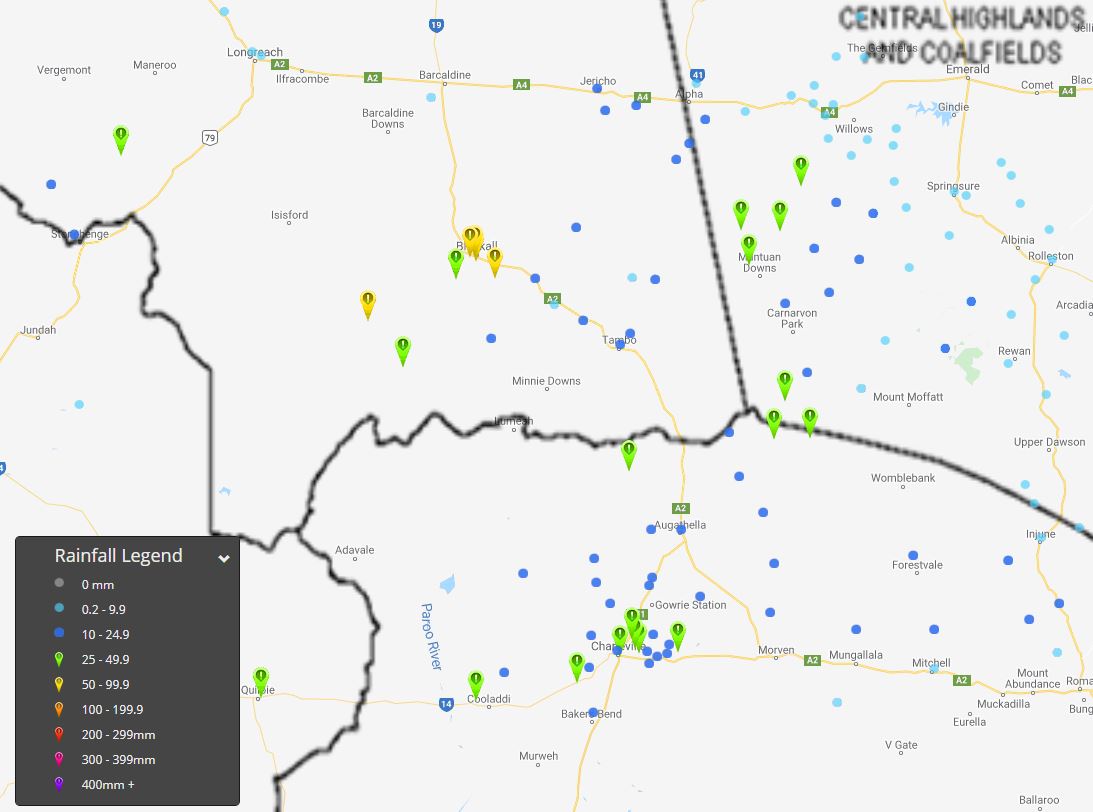 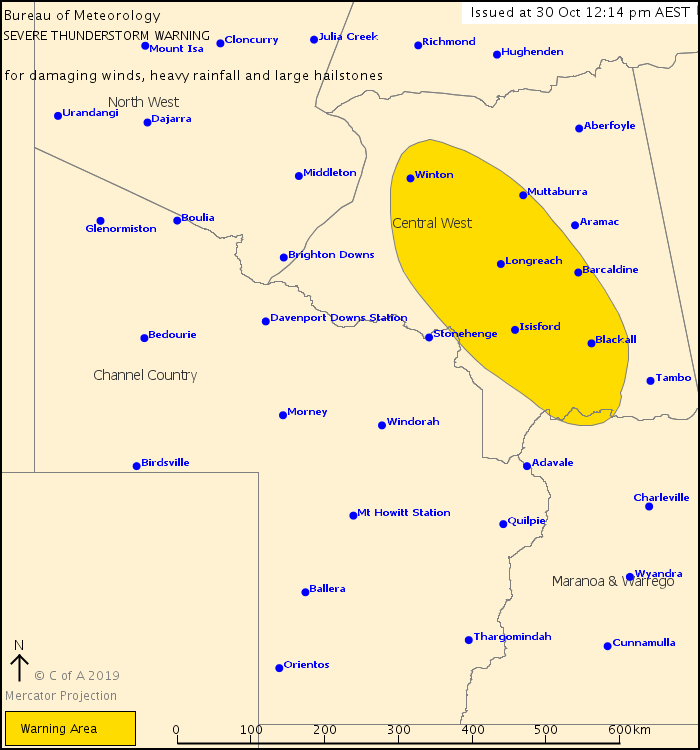