The east coast has made headlines for its bushfires in recent months, however the fire danger is set to rise over the two days across the southern states as potentially record warmth this early in spring affects the region.

A slow-moving low pressure trough ahead of a cold front is currently aligned northwest to southeast across South Australia, Victoria and Tasmania, and is filtering hot northerly winds over the region.

Tomorrow, similar temperatures are likely, though it will begin to cool down in SA as a cooler change spreads from the west. With 32 degrees forecast tomorrow, it could be Hobart's hottest pair of days this early in spring tomorrow providing today reaches the forecast top of 30 degrees.

The heat is combining with dry and gusty northerly winds, which is causing the most widespread elevated fire danger of the season so far. Very high to Severe Fire Danger is affecting much of SA today, whilst very high fire danger is forecast for large parts of VIC and TAS.

Unlike NSW that continues to see extended drought and fires breaking out, there will be significant relief from the heat almost immediately as the trough and front bring rain areas, thunderstorms and cool change later on Friday and into the weekend. Widespread falls of 5-15mm are likely, with parts of northern Victoria and inland NSW seeing falls of 20-to-40mm. 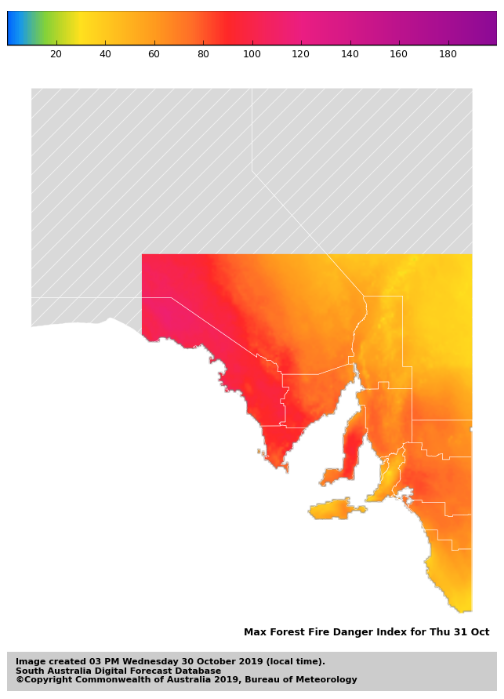 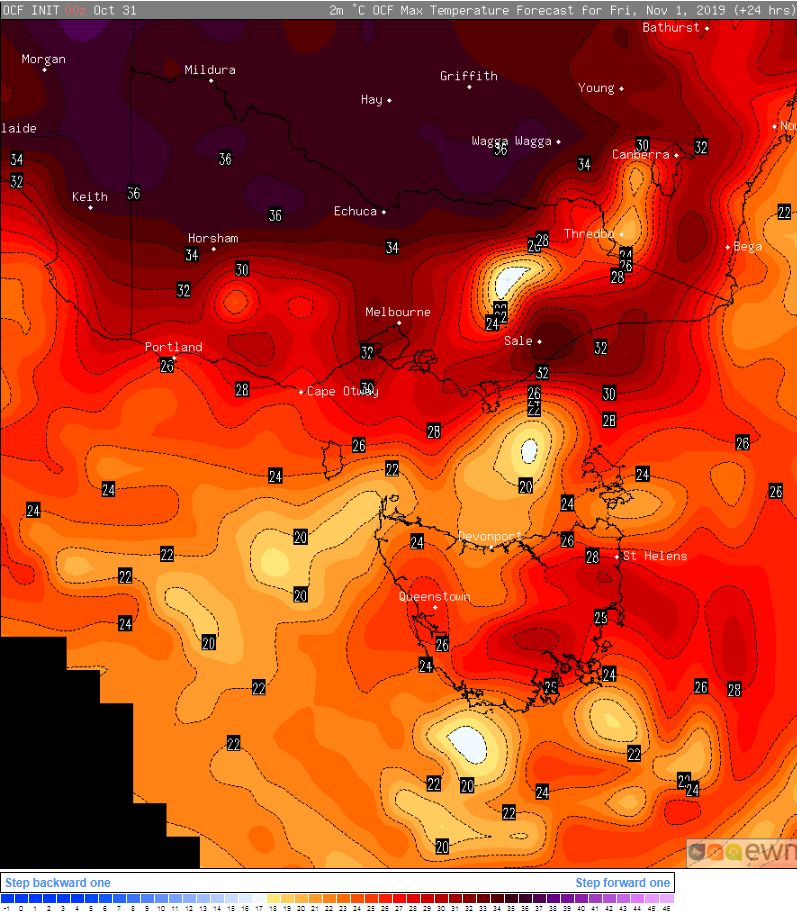 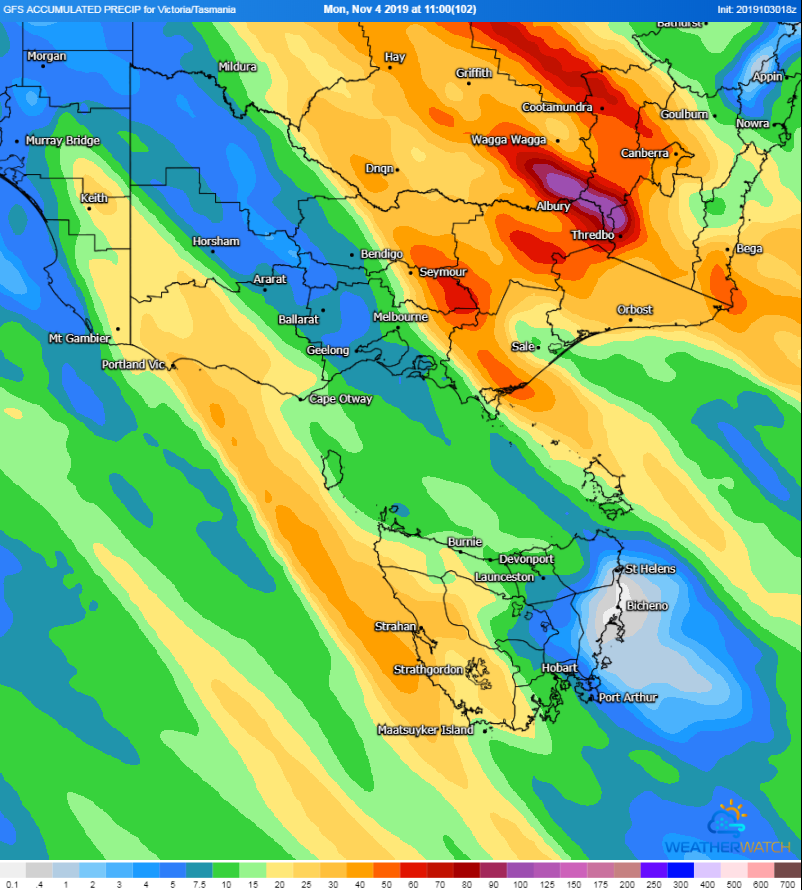