Substantial and significant rainfall has fallen through parts of the Herbert and Lower Burdekin over the past 24 hours to 9am this morning, January 28th, 2020.

Yesterday and overnight, the State Emergency Service received approximately 20 calls for help in the Townsville area alone in response to the extreme rainfall. The rainfall has resulted in significant flooding for some areas including Ayr, which remarkably coincides this week with the one year anniversary of the 2019 Townsville flood event.

Some of the 24 hour rainfall figures recorded to 9:00am this morning include;

Rail freight services have been cancelled indefinitely until the line can be checked and repaired due to the flooding throughout the Hughenden region with inland train services unable to be aided or replaces by road transport. The floodwaters have also cut the Bruce Highway section between Home Hill and Ayr, which has been impassable for motorists and other transport.

Remember to never enter into flooded water, or rushing/flowing water at any time.

We are keeping a close eye on the tropical low pressure system that has moved into the Gulf of Carpentaria where the system is expected to provide further moderate to heavy rainfall through the eastern gulf coastline today, including places such as Normanton and Kowanyama, before heading further south inland into late this week. 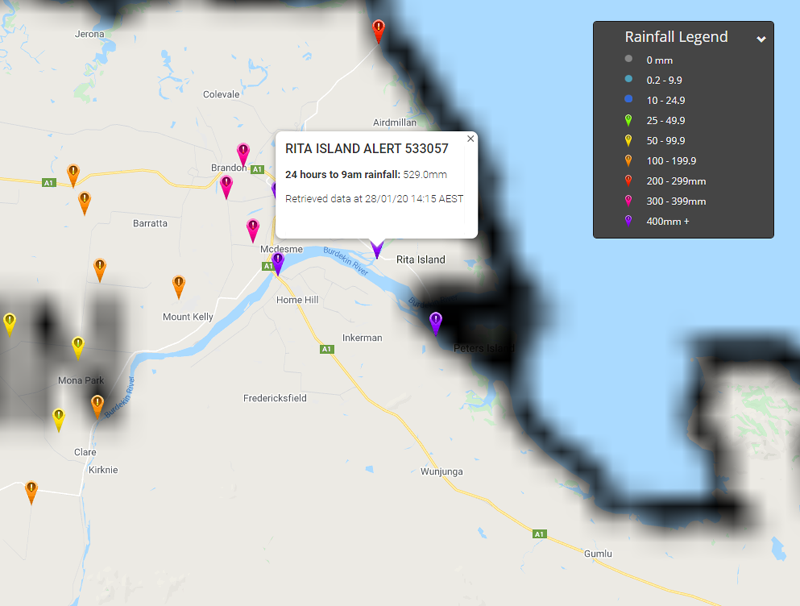 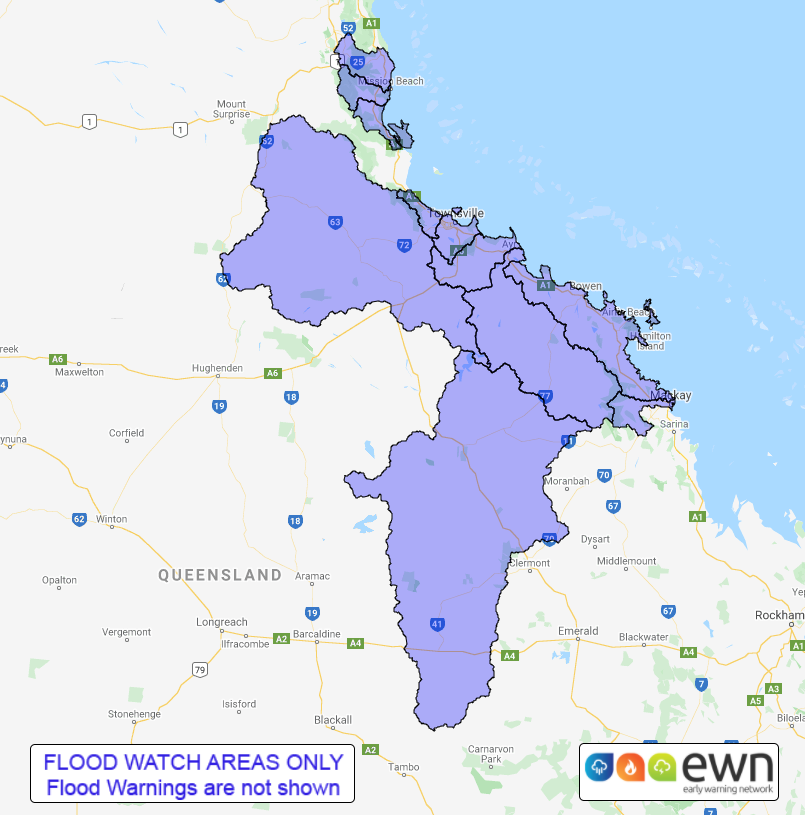