Over the next few days, South Australia is likely to see its heaviest and most widespread rain event for nearly 4 years, dating back to the major September 2016 event.

Tropical moisture will be dragged south into a cold front moving across SA today and Friday, with widespread showers, storms and rain periods likely.

Over the next three days, widespread totals of 30-80mm are expected, with isolated falls of up to and exceeding 100mm possible, particularly with storm activity.

This rain event will begin across northern SA today, before steadily spreading south into central and eastern SA on Friday and Saturday.

At 11:26am local time, a flood watch was issued by the Bureau of Meteorology from the Central Northern though to South East parts of SA, making this the first flood watch issued for the state since August 2018.

Conditions are expected to gradually ease during Sunday, as a south-westerly flow develops in the wake of the cold front, with a few isolated coastal showers persisting. 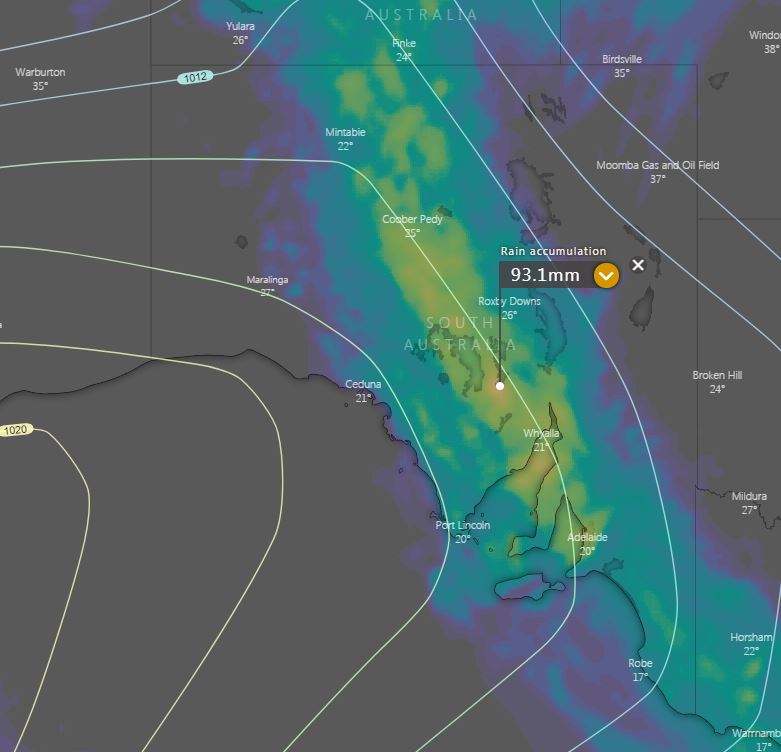