During Tuesday, a surface trough will deepen across New South Wales and Victoria in response to a strong short wave trough ejecting across south-eastern Australia.

To the east of the surface trough, a moist and unstable environment will be present, with isolated tending scattered showers and storms expected to develop late Tuesday afternoon and evening.

An upper cold pool of air is expected to be centred over Melbourne Tuesday afternoon, with scattered storms likely to develop. A few are expected to become severe with hail, damaging winds and locally heavy falls.

Overnight Tuesday and into Wednesday, this system will contract east, with drier south to south-westerly winds wrapping around the back side of a developing low in the Tasman Sea. This will contract storm activity to northern NSW and southern QLD on Wednesday afternoon. 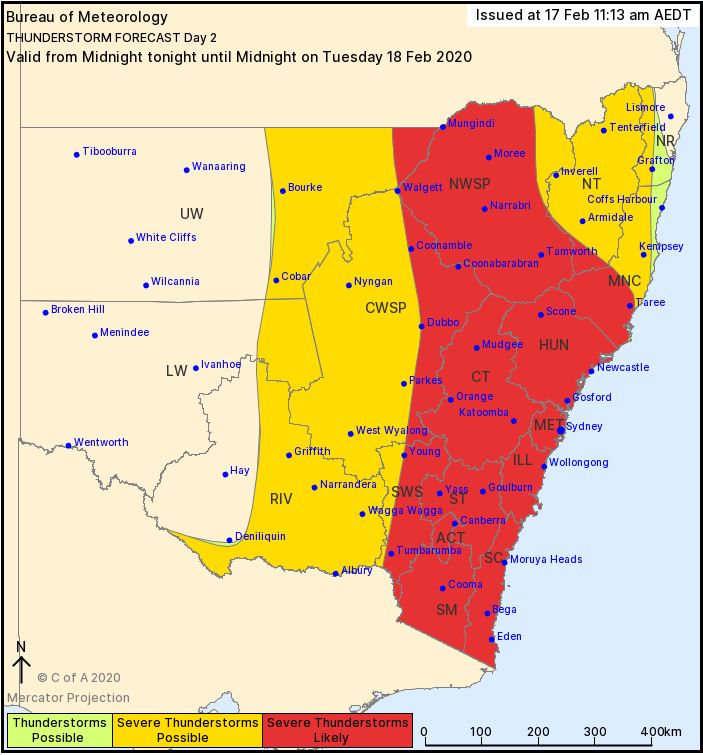 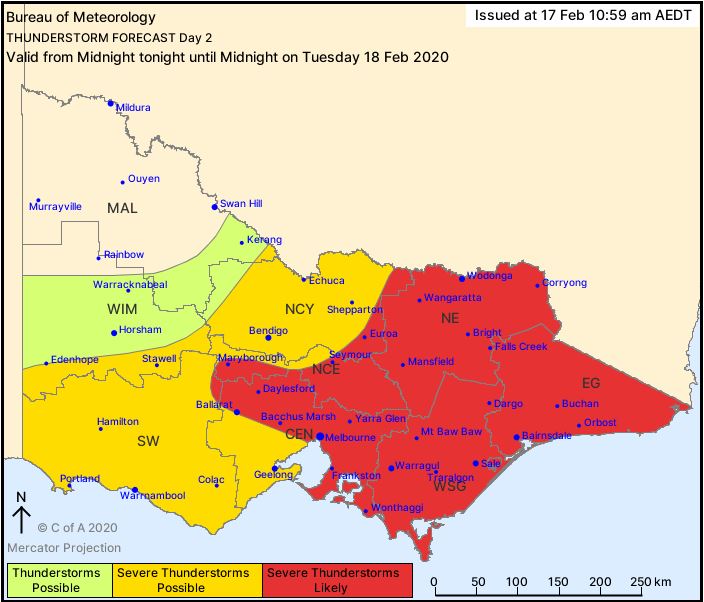