Heavy rain and storms set to cause flooding for inland Queensland

Severe storms and rain periods are expected to cause flooding and damaging winds across inland parts of Queensland over the next 72 hours.

A surface trough extends from a developing low in the Gulf of Carpentaria down through central QLD and into northern NSW. This surface trough will deepen over the next 24 hours in response to an upper system moving across south-western QLD. To the east of this surface trough, a very moist and unstable atmosphere is expected to give way to widespread showers and storms with rain periods over the weekend.

Widespread shower and storm activity is expected to develop across the region this afternoon, before increasing substantially in coverage on Saturday and into Sunday.

Falls of up to and exceeding 50mm will be possible for locations between Longreach - Windorah - Roma - St George with isolated heavier falls to 100mm possible under storm activity. This is expected to lead to flash flooding and riverine flooding over the next several days, with a flood watch current for rivers and streams between Thargomindah and St George. 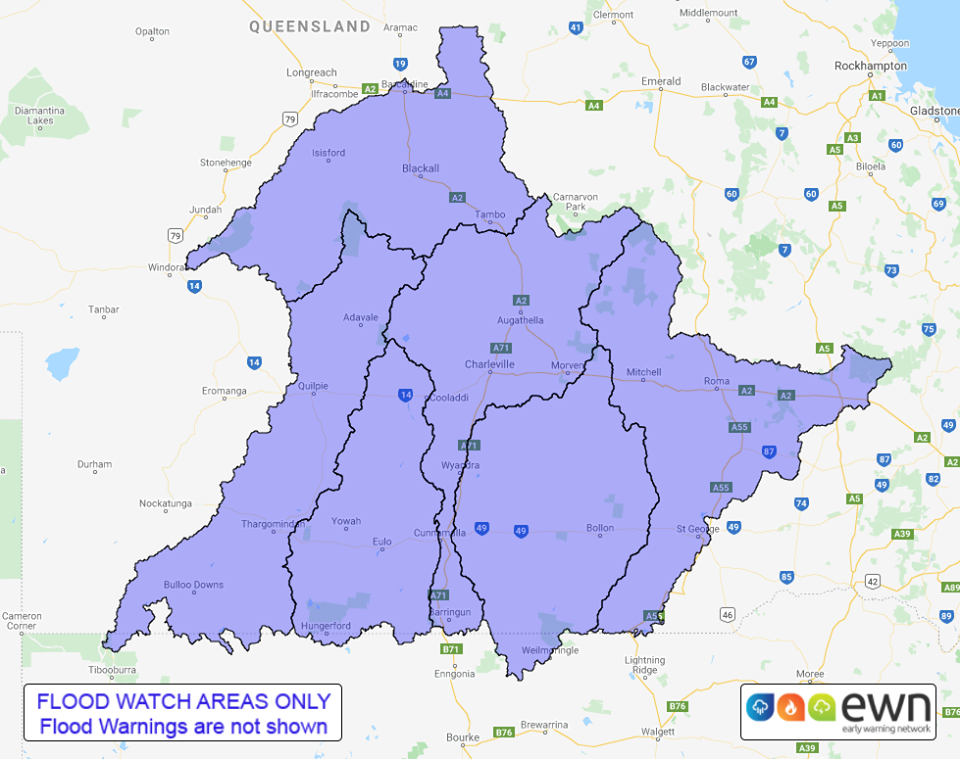 During Saturday, increasing wind shear will support a few organised thunderstorms, most likely embedded within a rain band tomorrow evening, which may lead to locally damaging wind. There is the potential for an MCS (Mesoscale Convective System) to develop during the late afternoon and evening which would increase the flash flooding potential. 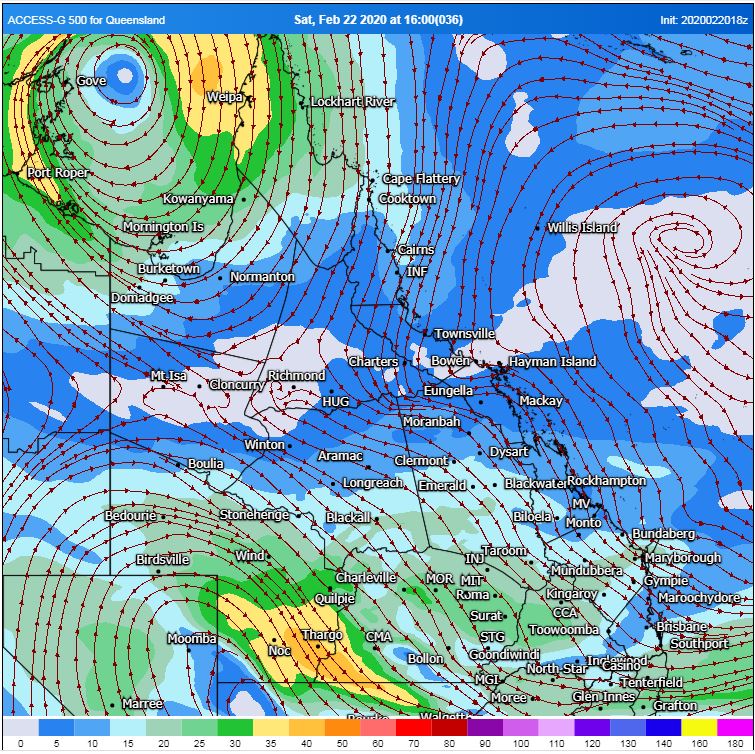 On Sunday, similar conditions are expected, with rain periods and isolated thunderstorms. Further heavy falls of up and exceeding 50mm is expected for numerous locations will lead to further flash flooding and potential rapid river rises.

Early next week, a moist and humid north-easterly feed will continue to produce scattered showers and storms with locally heavy falls possible. Storm activity should become less widespread than the weekend, as a potential Tropical Cyclone brews in the Gulf of Carpentaria. 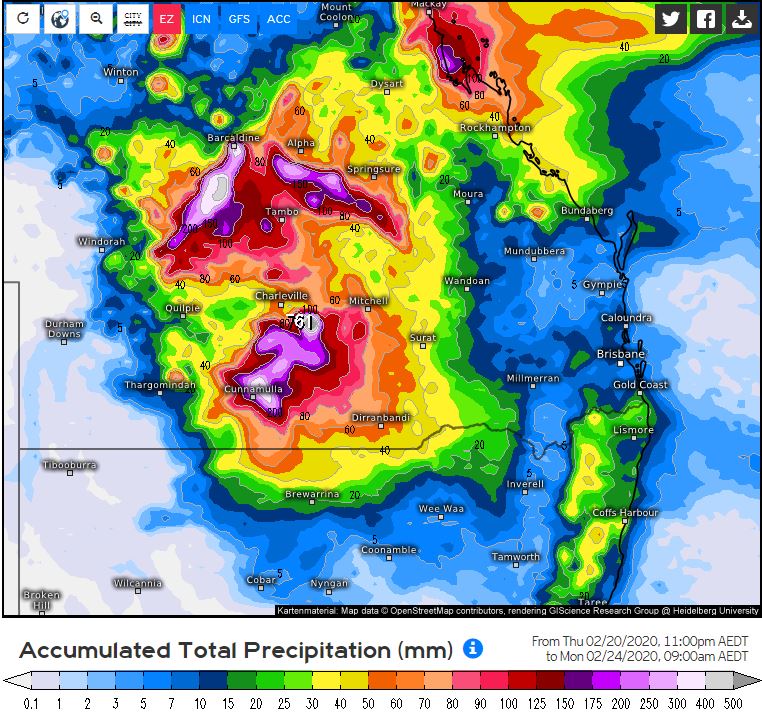 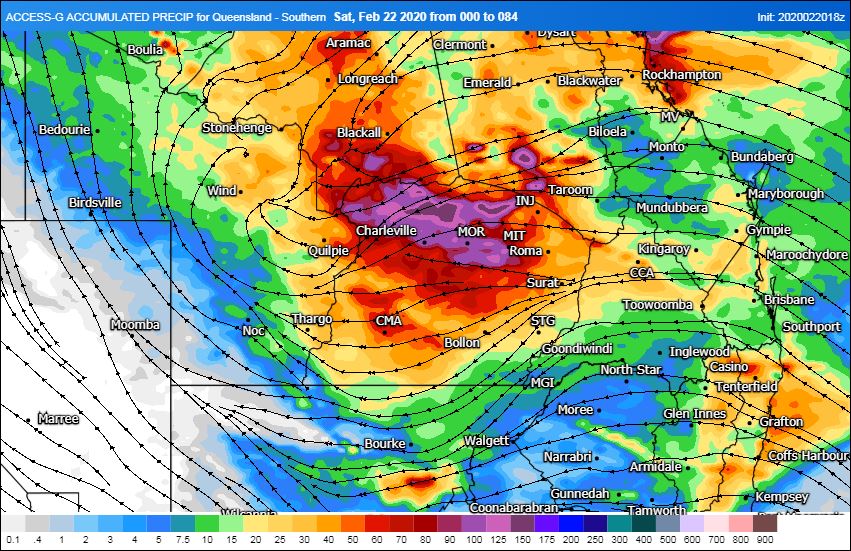