A surface trough draped over the West Coast of Western Australia will trigger scattered showers and thunderstorms this afternoon and evening.

To the east of this trough, scattered storm activity is expected, with unstable conditions and sufficient wind shear to support at least a few organised thunderstorms that will be capable of producing damaging winds, large hail and heavy rain.

Areas between Perth - Geraldton - Meekatharra - Kalgoorlie are at the highest risk of seeing severe storms this afternoon and evening, before contracting slightly further south-west tomorrow.

Storm activity will continue across south-western WA for the next several days, with the potential for further severe thunderstorm activity to develop, particularly during Tuesday. Some of this storm activity may directly affect the Perth CBD over the next few days.

The Bureau of Meteorology has just issued a severe thunderstorm warning for damaging winds, heavy rainfall and large hailstones. 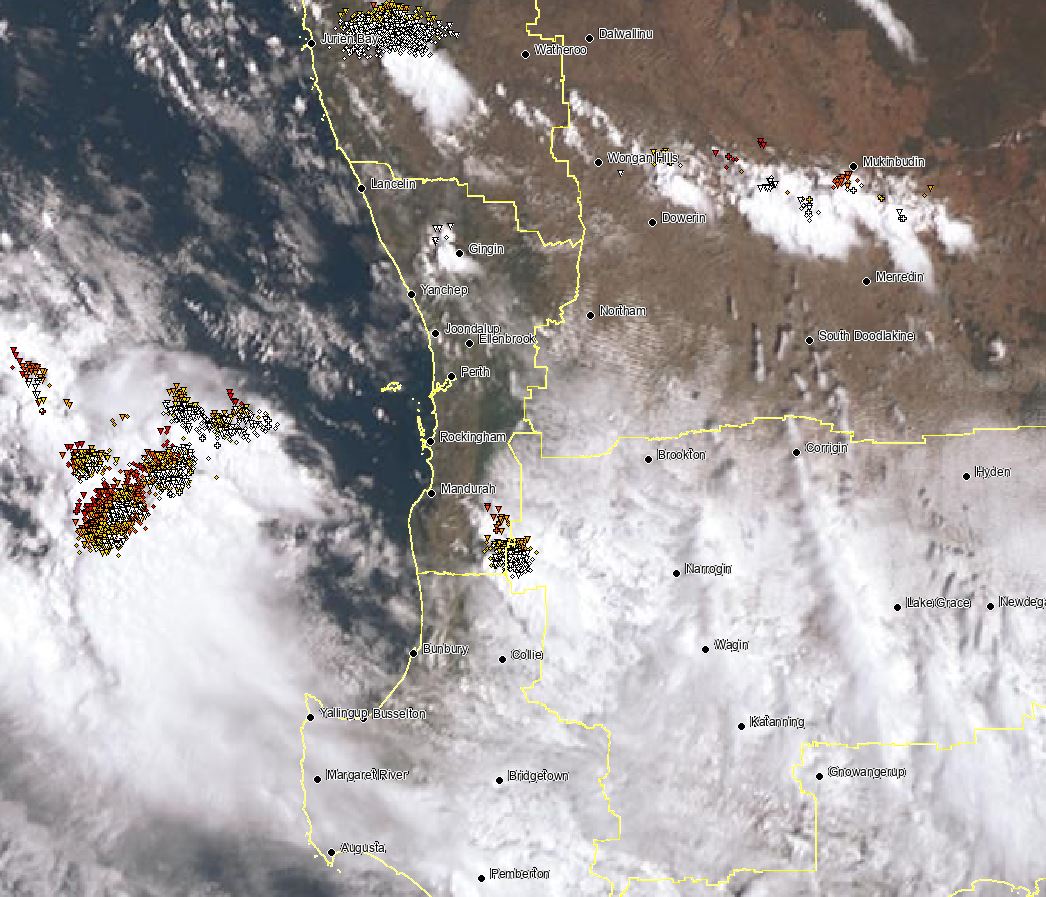 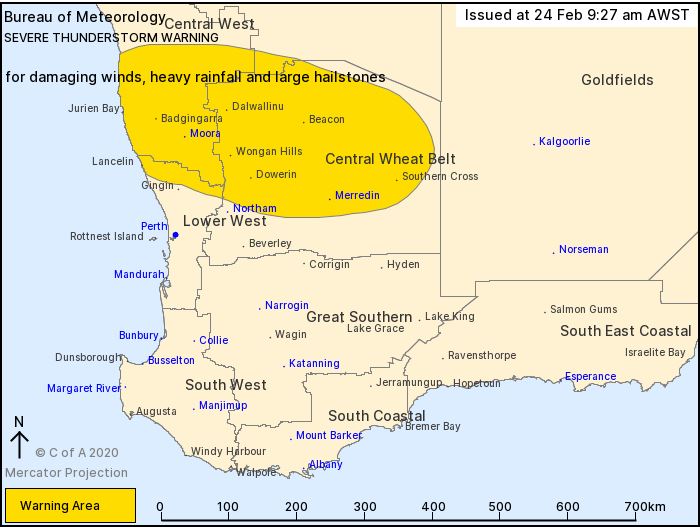