Over the weekend, eastern Australia rejoiced as winter rainfall fell across drought stricken inland regions and coastal locations, with widespread falls of 10-20mm.

Late Friday into the weekend, an upper trough and cold front interacted with increasing moisture across eastern Australia to generate a substantial rain band with embedded storms across parts of QLD, NSW, VIC and TAS.

In the last 72 hours to 9am this morning, Mount Read in Tasmania recorded the highest total across the country, with 82.8mm. Widespread falls exceeding 25mm were recorded in Tasmania with Sheffield Farm picking up 52.0mm, Mt Barrow 50.3mm, Mount Victoria 48.6mm and Strahan 35mm.

During Saturday and Sunday, the focus shifted into Queensland and New South Wales, with thunderstorm activity developing during the afternoon and evening, thickening into a rain band whilst shifting east. This rain band produced widespread falls of 10-20mm from northern Queensland to the Victorian border.

These falls were a welcome relief for the drought-stricken southern Darling Downs and Granite Belt region. Whilst it isn't drought breaking, it will go a long way to keeping moral high with the prospects of further follow-up rain to come over the next two weeks.

During Monday, the upper trough and cold front responsible for the widespread falls has moved off the east coast of Australia. Patchy areas of high cloud remain, as the jet stream continues to be situated across central Australia. The remnants of this high cloud may lead to a stunning, fiery sunset during Monday evening! 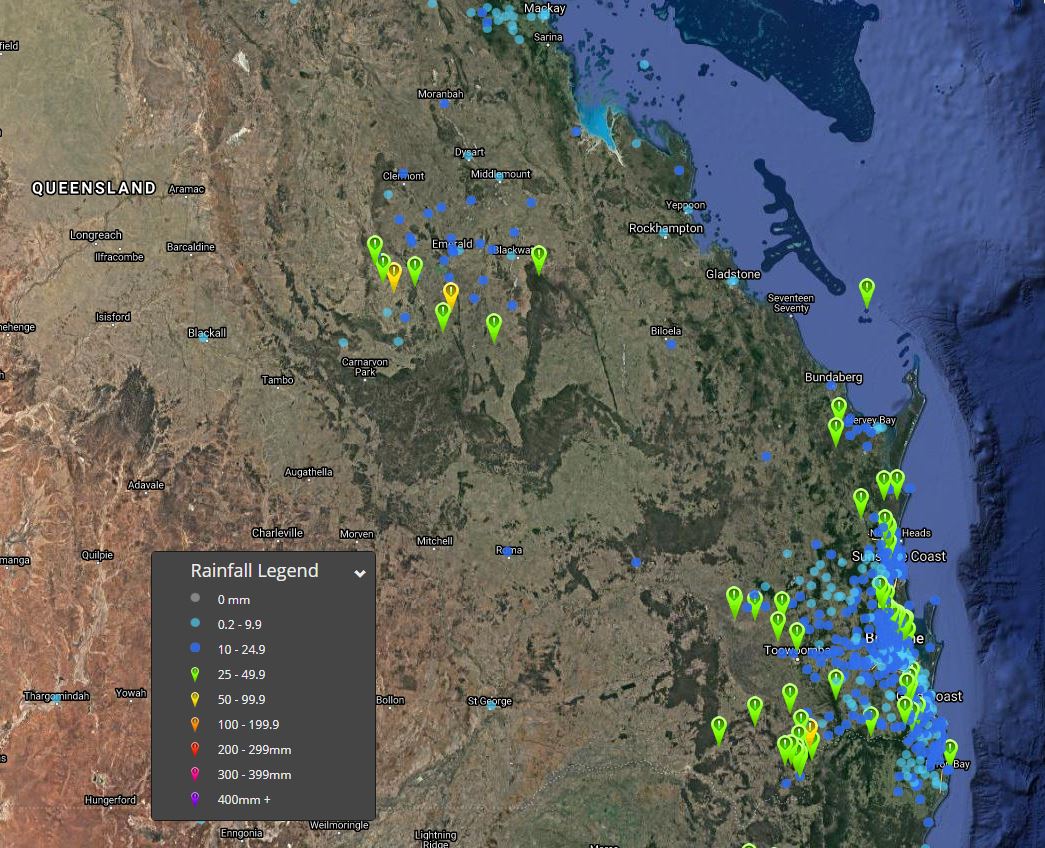 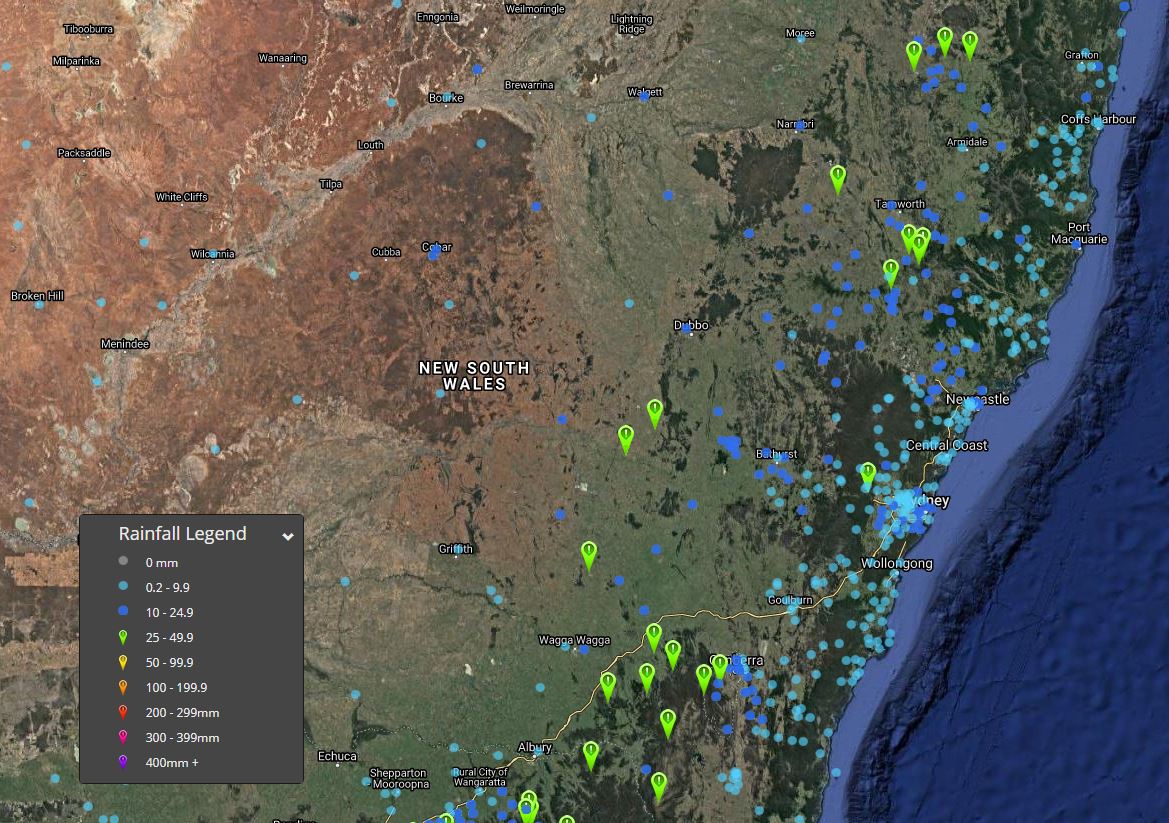 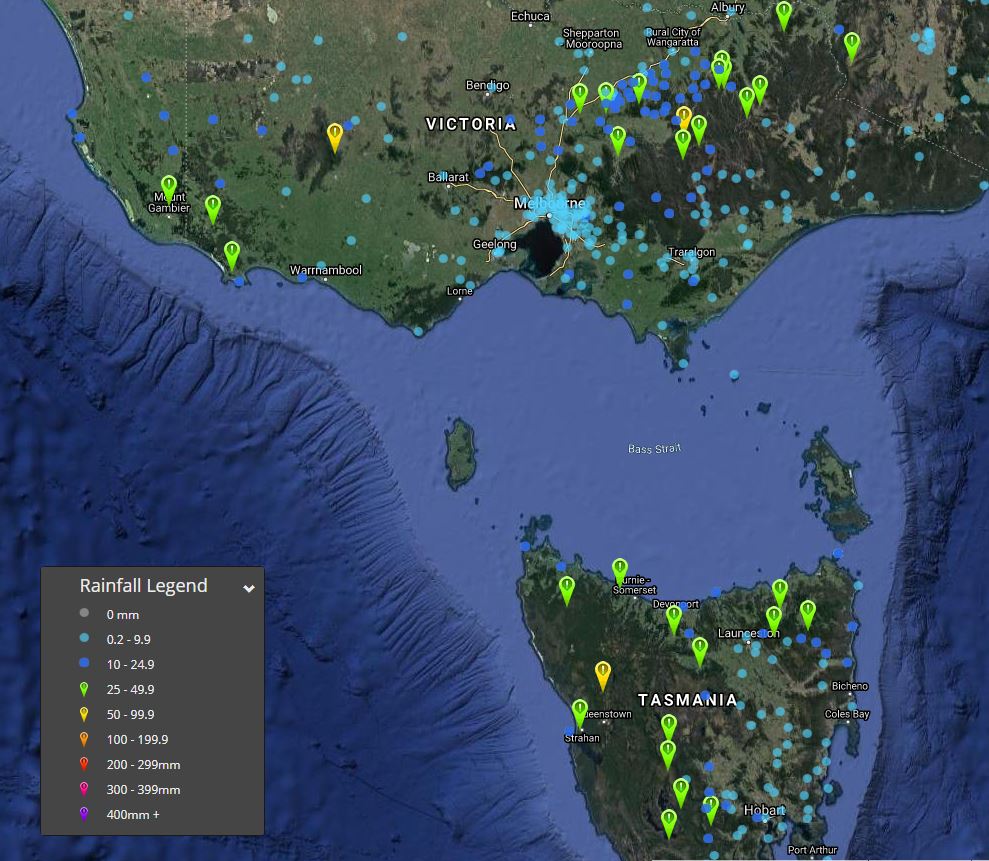