Wild weather has wreaked havoc across parts of the north island of New Zealand overnight and this morning with multiple tornado occurrences across the region late yesterday afternoon, during the late night and early into this morning. Further heavy rainfall has fallen across the upper north island as a low-pressure system which is dragging warm sub-tropical moisture down accompanied by squally winds. Slow moving heavy rainfalls conducive to flooding drenched areas of the Northland, Auckland, Waikato and the Bay of Plenty.

During yesterday afternoon around 4:00pm local time, a tornado swept through the lower Northland east coast town of Mangawhai and did cause damage to trees, iron roofing and sent signposts flying through the air. The first calls received to NZ Emergency Services were just after 4:00pm from residential properties situated on Cove Road and Bagnal Road, Northland. The tornado was reported to be on the ground for a duration of five minutes as noted by locals who filmed the tornadic event.

A second tornado was observed and reported late last night in Dairy Flat and Silverdale areas, which are situated to the northwest of the city of Auckland. Dairy Flat was the first area to be struck by the tornado in the dark, followed by Silverdale as the MetService NZ received a few reports of tornadic activity in the area after 11:00pm last night.

An additional third tornado ripped through parts of East Tamaki to the south of Auckland this morning causing structural damage to industrial buildings in that area. New Zealand Fire and Emergency confirmed the area had been hit by a tornado with ten fire trucks from the service dispatched to the area immediately after the incident. It was reported that this particular tornado was on the ground for only two minutes, however it was long enough to cause damage to structures and vehicles as detailed above.

New Zealand on average experiences approximately seven moderate to strong tornadoes each year. These occur most frequently on the west coast of the South Island and in the North Island from Taranaki to Northland. These tornado events typically last for a few minutes and track across the land for between two to five kilometres and are usually between 20 to 100 metres in width. Wind speeds generally reach between 115km/h to 180km/h as they roam across the landscape.

Tornado events of this nature are most typically associated with with pre-frontal squall lines, which are bands of thunderstorms embedded within a strong and unstable, pre-frontal north-westerly wind flow. The thunderstorms that produce tornadoes usually exhibit very strong updrafts and under certain conditions, the rising air begins to rotate the thunderstorm which creates an environment favourable to tornado formation.

The active front is forecast to move further southeast today and across the North Island with the potential to deliver heavy rain, mostly concentrated to the northern and eastern parts of the island. Tomorrow, the low is expected to develop east of the southern island which will in turn direct a south to southeasterly flow, and the potential for further heavy rainfall to lower parts of the island.

Heavy Rain Watches are now in force for northern Southland and the eastern parts of Otago. Specifically, the current Severe Weather Watch encompasses the areas of the Bay of Plenty west of Matata, North Otago and Dunedin and the area area of Southland north of Dipton. Periods of heavy rainfall is likely mainly about the hills and mountains, where rainfall amounts may approach warning criteria.

Temperatures across the country will begin to dip further late on Sunday and into early next week, where rain and potentially heavy snowfalls are set to return to higher altitudes with emphasis on the south island, before extending northward to the north island. The central plateau of the north island, including the active stratovolcano of Mt. Ruapehu may receive up to 25 to 45cms of snow accumulating into early next week at this stage.

Image 1: Satelitte Imagery (Natural Color) of the low-pressure system sitting to the east of the North Island as of this morning, Saturday, 27th June, 2020 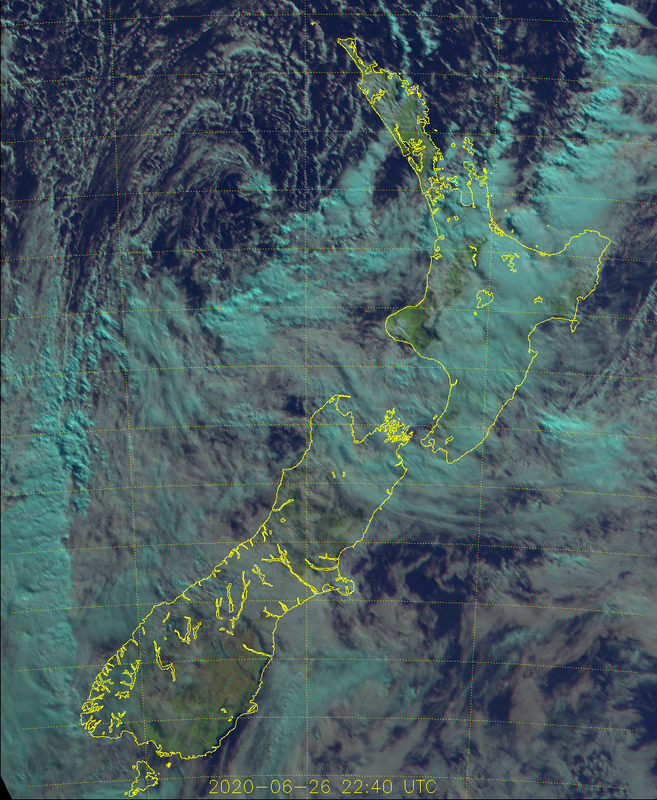 Image 2: NZ Radar at rough time (8:58am) of tornado activity on the morning of Saturday, 27th June 2020 via NZ MetService 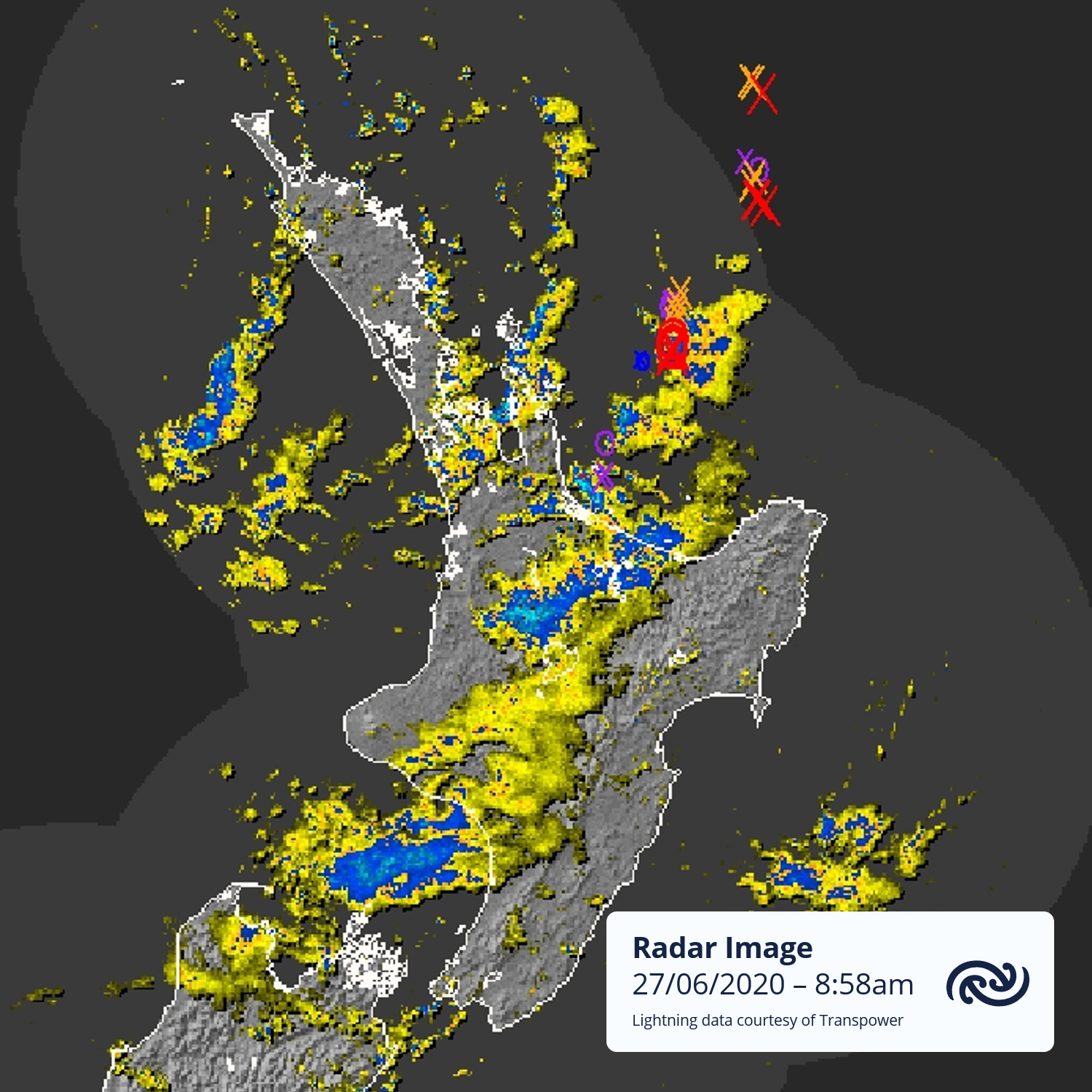 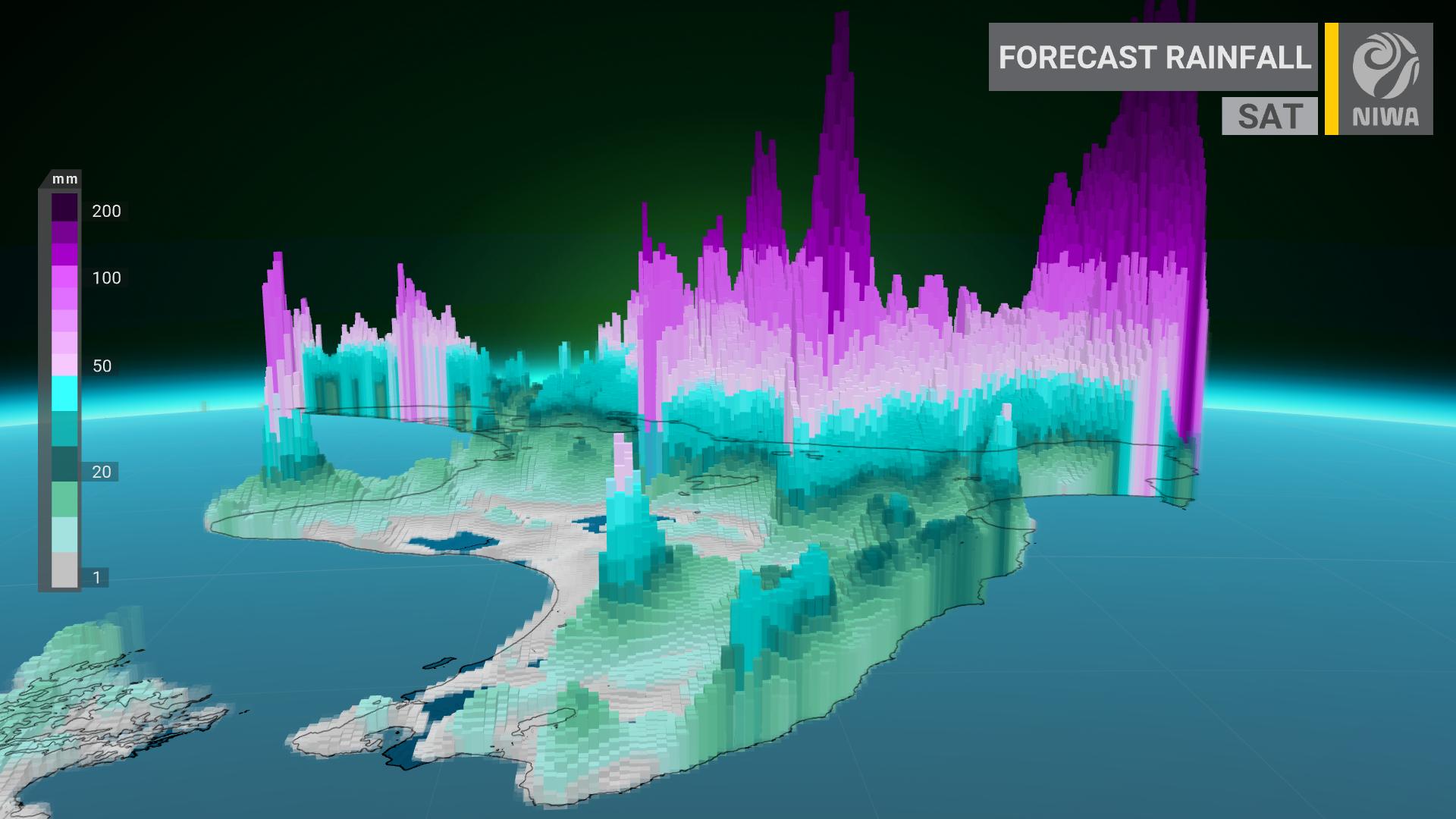