Timelapse video of Lenticular cloud formation over the Nightcap Ranges of NSW from 12:30pm to 6:00pm on 14th July, 2020.

The Early Warning Network's very own Michael Bath captured a spectacular timelapse video of lenticular clouds forming over the Nightcap Ranges of New South Wales yesterday, with cap clouds evident from 12:30pm in the afternoon yesterday through to 6:00pm in the evening.

Lenticular clouds are stationary clouds that form mostly in the troposphere, typically in perpendicular alignment to the prevailing wind direction with often stable air aloft resisting vertical motion. These are generated as air flows along the surface of the earth and encounter obstructions, which in this case is the mountainous terrain on the Nightcaps.

Cap clouds, as they are often referred to, indicate that there is a strong wind flow down the slope on the lee side of the mountain. When the moist air is cooled sufficiently as it rises to cross over the the peak, the cap cloud is formed and appears like a stationary hat, and can last in the same position for prolonged periods of time as detailed in the time-lapse video.

Standing lenticular clouds usually form in the crests of the mountain wave where the rising updraft of the wave has cooled and moisture has condensed. The clouds dissipate in the downdrafts of the wave where the air has descended and warmed to the point where the moisture evaporates and is no longer visible. This is why the clouds are called ?standing? and appear to be stationary.

There also is the potential for strong turbulence being present when these lenticular clouds are visually evident, particular with wind speeds of between 25-40 knots. Winds in excess of 40 knots can create very strong turbulence and can have an adverse effect on aircraft flying within the immediate vicinity of these clouds. These truly make for a spectacular sight if you're lucky enough to see the formation. 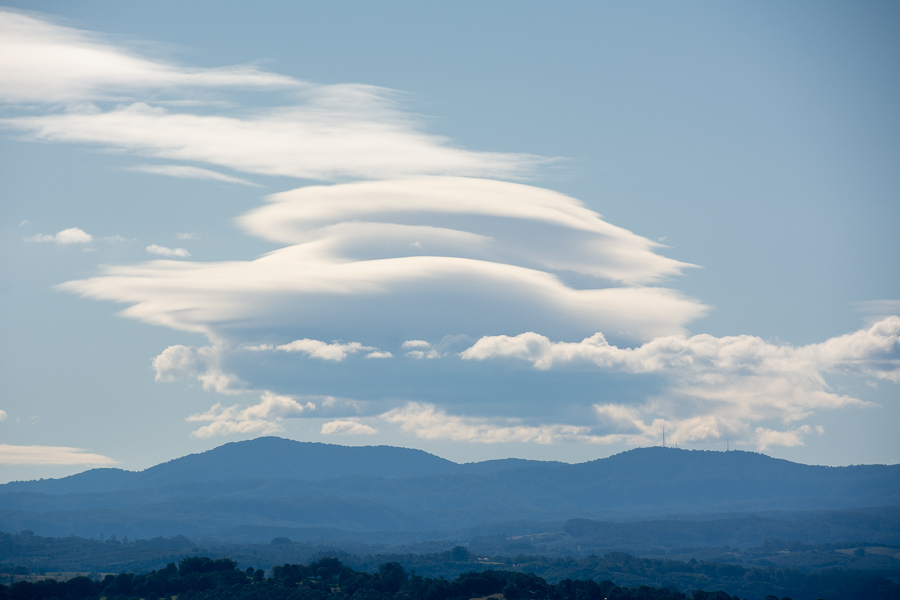 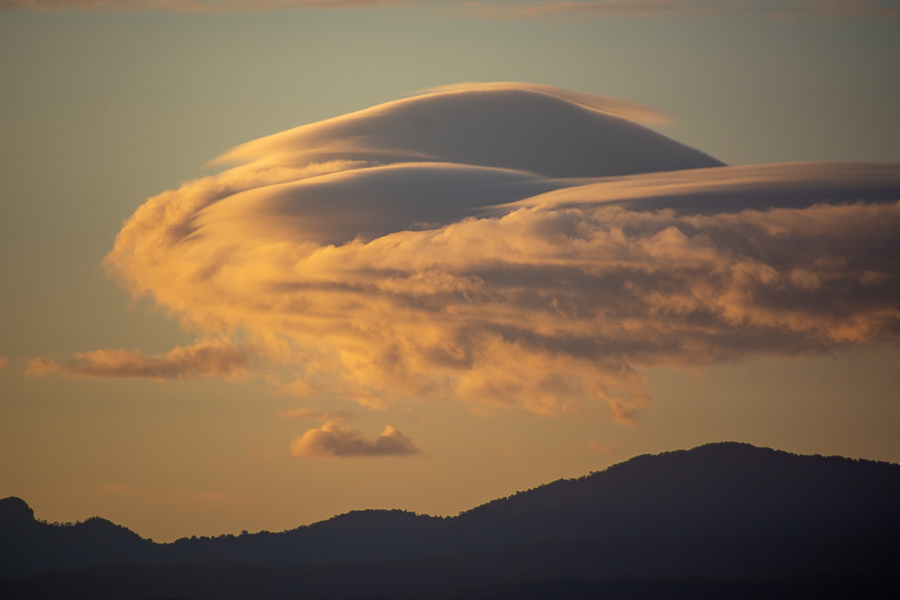 Image 3: Lenticular Cloud at dusk over the Nightcap Ranges of NSW as photographed by Michael Bath - 14th July 2020 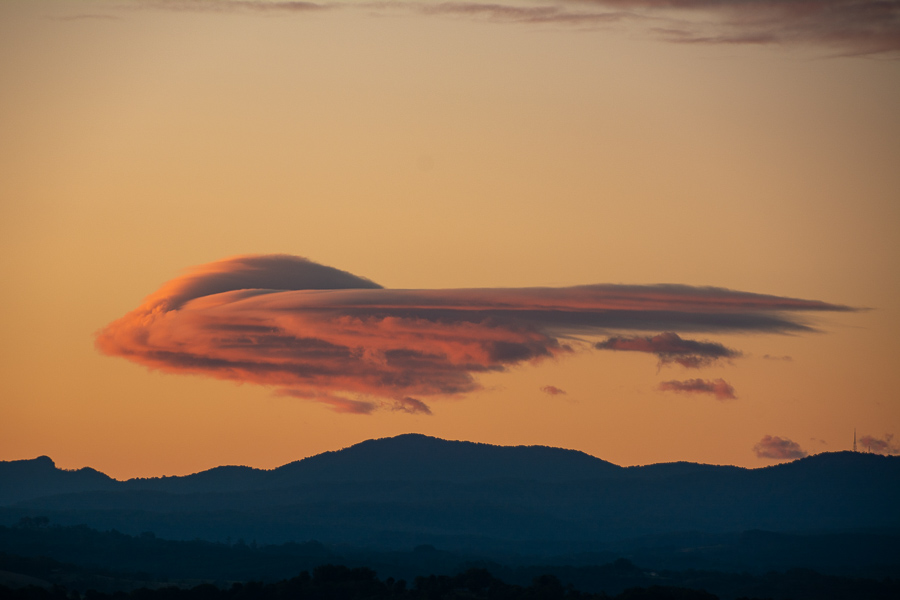