Wet weather has been gripping the east of the country since mid last week as an upper level low and surface trough combined to cause rain as far north as northern Queensland. As this system moved offshore, a low pressure system formed within the trough off southeast QLD, before moving south along the NSW coast and intenisfying.

Parts of the Gold Coast and into northern NSW had their wettest July totals in around 15 years, with widespread falls of 50-150mm, and some areas receiving in excess of 200mm.

Similar totals were seen over the NSW Mid North Coast, however from the Hunter and down to the South Coast the heaviest totals were seen, prompting minor to moderate flood warnings.

Across the Newcastle region, falls of 150mm-200mm were recorded with most of this occurring during Sunday afternoon/evening. This caused flash flooding across the city, which saw ten people rescued from a bus.

Along the Illawarra and South coasts, July rainfall records fell at many locations as some areas saw multi-day rainfall totals in excess of 300mm, which has completely erased the rainfall deficiencies the region has been experiencing this year. Some notable falls included 352mm at Wattamolla, 370mm at Brooman, 348mm at Ulladulla and 351mm at Moruya (Plumwood).

The low was also associated with damaging wind gusts in excess of 100km/h, reaching 117km/h at Montague Island and 113km/h at Ulladulla. Massive seas also hit the southern and central coasts which caused further beach erosion, with wave heights in excess of 11 metres recorded near Batemans Bay and Eden on Monday afternoon, and 7.6 metres near Sydney (not as high as the previous low two weeks ago).

As the low moves away and a high pressure system moves in, settled conditions are likely from around mid week through into the weekend. However, there are some indications of another significant rain event developing in early to mid August. 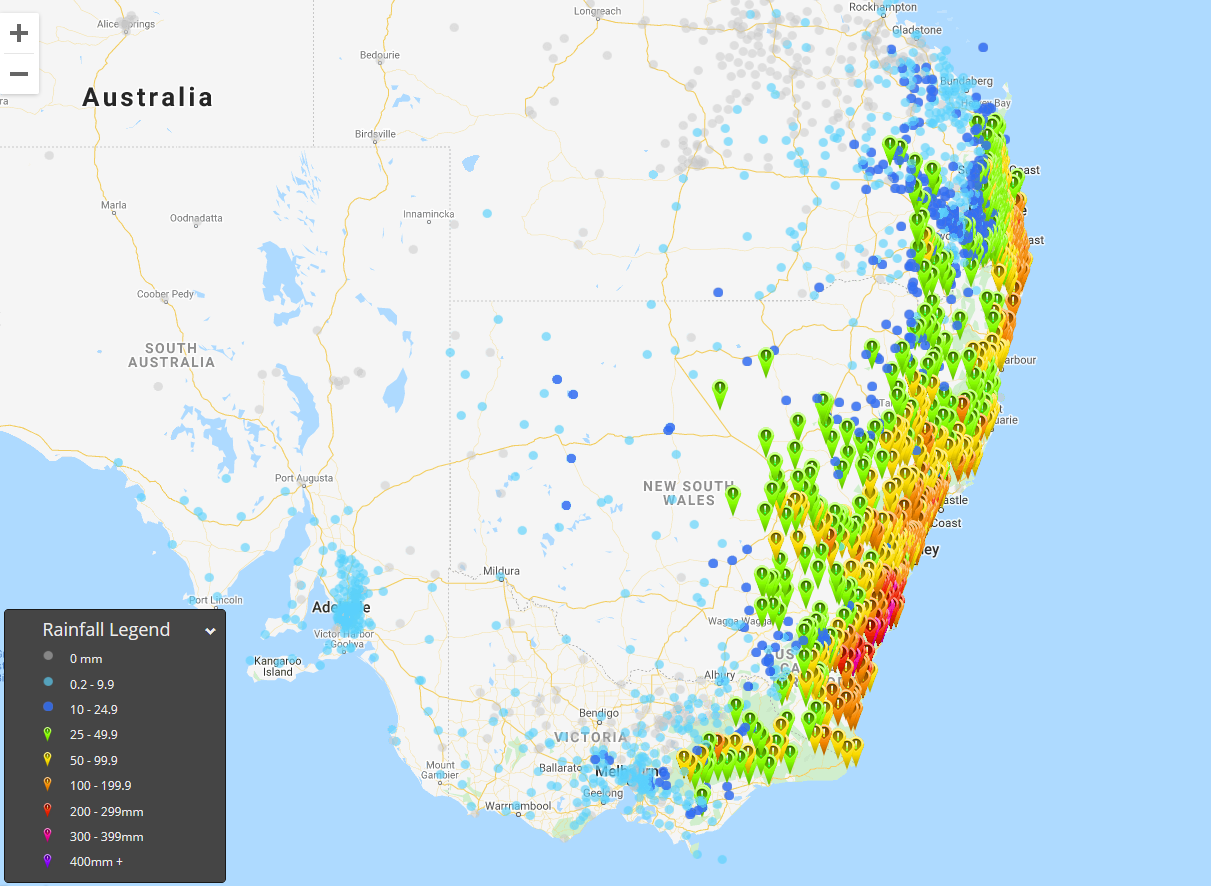 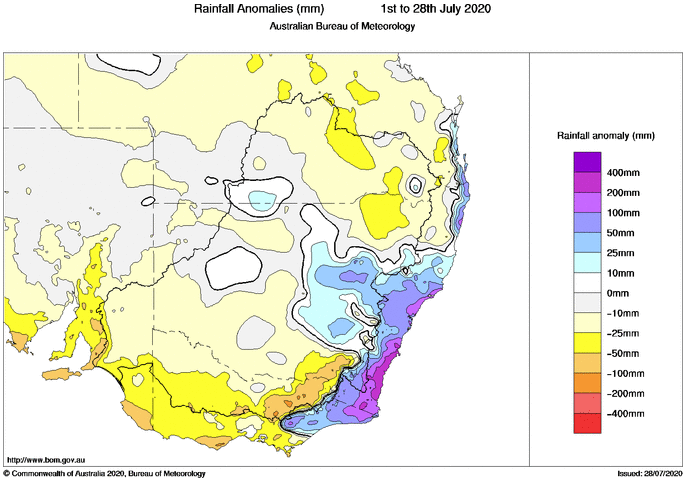 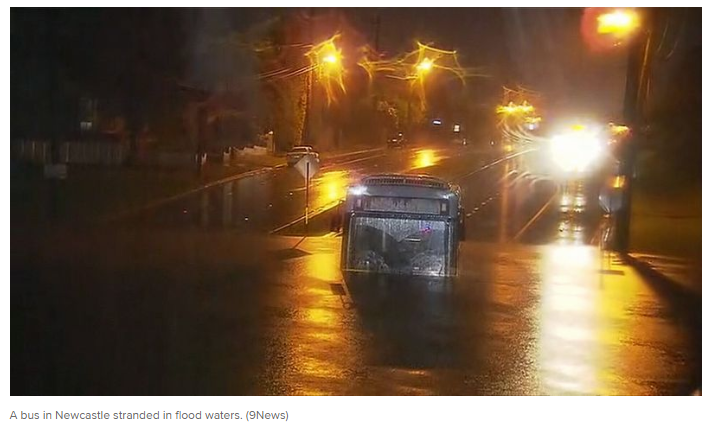