Darwin and surrounds have seen record October rainfall fall overnight, as thunderstorm activity spread into rain during the early hours of Thursday morning.

Darwin Airport has recorded 113mm over the past 24 hours, making it this site's wettest October day in history, eclipsing the previous record of 95.5mm back on 25th October 1969 and just shy of the all-time October record for any Darwin site of 116.6mm which was set back in 1880. Marrara picked up a whopping 177mm overnight smashing the previous daily October record of 58.8mm set back on the 31st October 2010.

This activity has led to flash flooding for parts of the city, with local creeks swelling in response to the localised heavy falls, whilst also cause issues for morning commuters.

Patchy rain and isolated storms will continue during Thursday, becoming more isolated into Friday across the Darwin region. 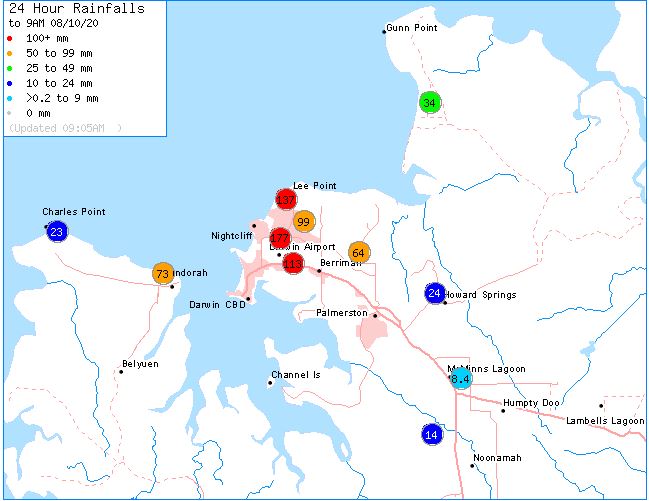