Conditions more typical of winter than late spring affected central and southern New South Wales on Thursday, causing showers, snow over alpine areas and the coldest November day in years in some areas.

A deep southerly surge and Tasman low were behind the dreary conditions, aided by an upper level cold pool crossing over the state. This combination caused thick cloud and areas of rain over eastern NSW, stretching from the Mid North Coast through to the South Coast, with the heaviest falls over central areas.

Across the Sydney Basin widespread falls of 10-20mm were observed, with isolated heavier falls including 33mm at Little Bay, 29mm at Bondi and 30mm at West Pennant Hills. Over the Hunter and Mid North Coast, the highest falls included 42mm at Nelson bay, 45mm at Careys peak (Barrington Tops), 30mm at Williamtown and 27mm at Broke.

The low also caused strong winds and large surf along the coastline, with waves reaching 5 metres and wind gusts of 70-80km/h being recorded. Conditions will remain cool and windy with a few showers along the NSW coast into the weekend due to a high pressure ridge, before warmer conditions develop next week.

Image 1: Temperature anomalies over NSW on Thursday 5/11/2020, showing cooler temperatures over large parts of the state. Image via BoM. 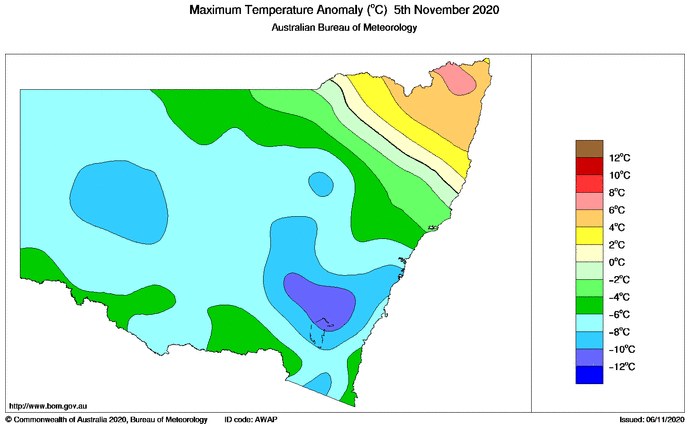 Image 2: The Tasman Low off the coast, driving the cool, wet and windy weather over the state's east (Source: Weatherwatch Metcentre) 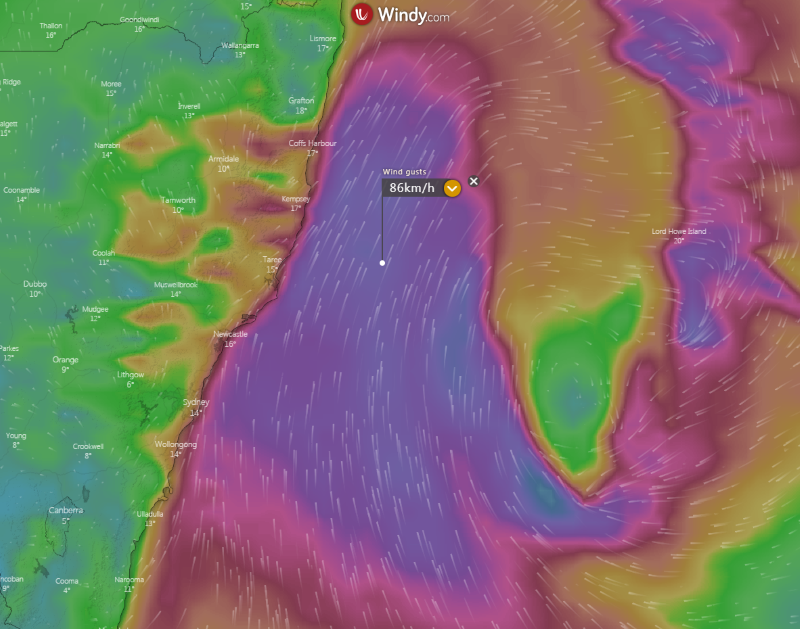 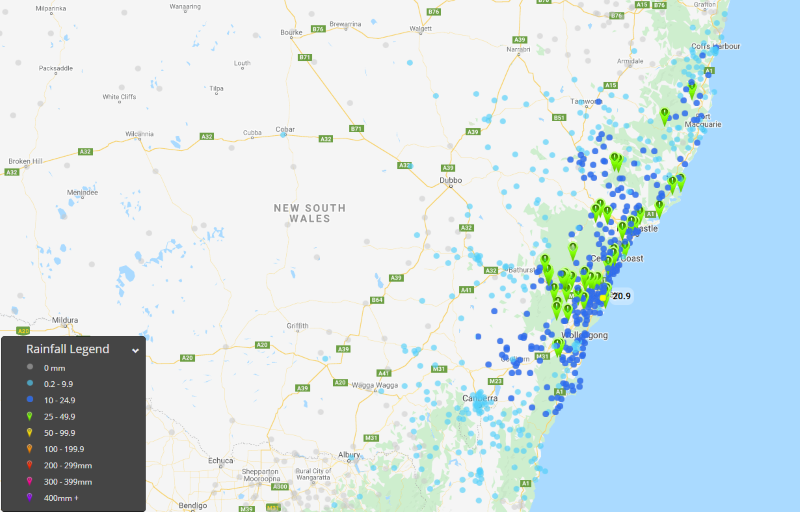