Severe storms on the way for Victoria

After a lean start to the storm season, things are going to heat up over the next 48 hours across central and western Victoria as a strong low pressure system and cold front sweep across southeastern Australia.

On Wednesday, cloud and showery conditions are expected during the morning hours before substantial storm activity develops along the trailing cold front.

This system will slowly move east into Thursday, with scattered showers expected to continue across central and southern parts of the state, as westerly winds wrap around the backside of the low pressure system over Tasmania. 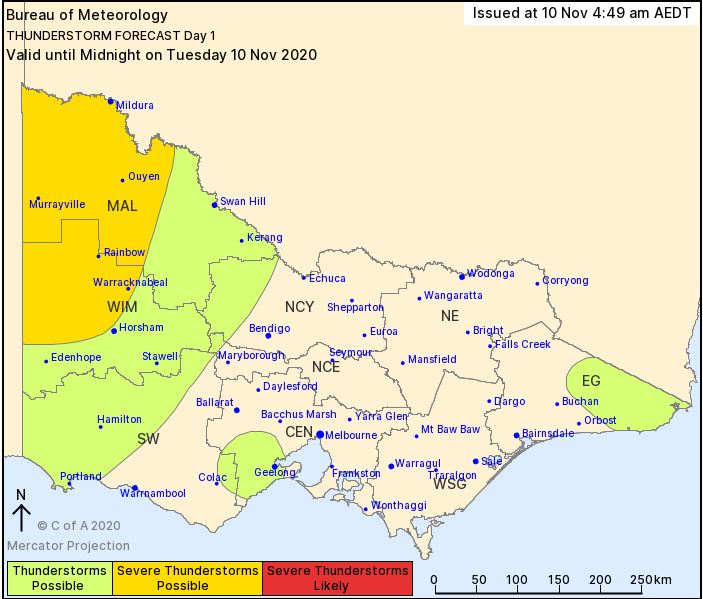 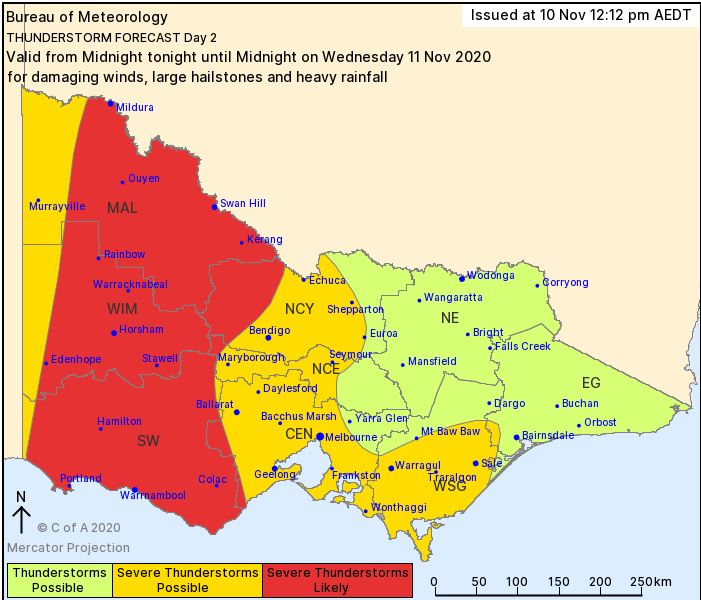