Rainfall up to 300mm was recorded in a 24 hour period to 9:00am this morning for Nambucca Heads as a low pressure trough edged northward yesterday and overnight into the early hours of this morning. A Severe Weather Warning for Heavy Rainfall, Damaging Winds, Abnormally High Tides and Damaging Surf is current for people situated within the districts of Northern Rivers and the Mid-North Coast.

Heavy rainfall is expected to further increase the risk of flash flooding and rises in creeks, streams and estuaries. High water levels due to spring tides are also forecast over the next few days, which adds to the risk of flooding in lower tidal areas. Flooding is anticipated to be evident in the following catchments from today and leading into early next week: Tweed and Rouse Rivers, Brunswick River and Marshalls Creek, Wilsons River, Richmond River, Orara River, Coffs Coast, Nambucca River and the Hastings River.

Further moderate to heavy rainfall areas are expected to continue into tomorrow, especially for parts of the Northern Rivers and extending into southeastern parts of QLD. Heavy rainfall areas may occur about the coast relative to adjacent inland districts. Localised moderate to heavy rainfall areas producing totals of up to where between 100mm-150mm within a 24 hour period may occur leading into Monday, elevating the risk of flash flooding with creek and river rises possible. Rainfall is expected to ease leading into Tuesday with the westward progression of the surface trough. 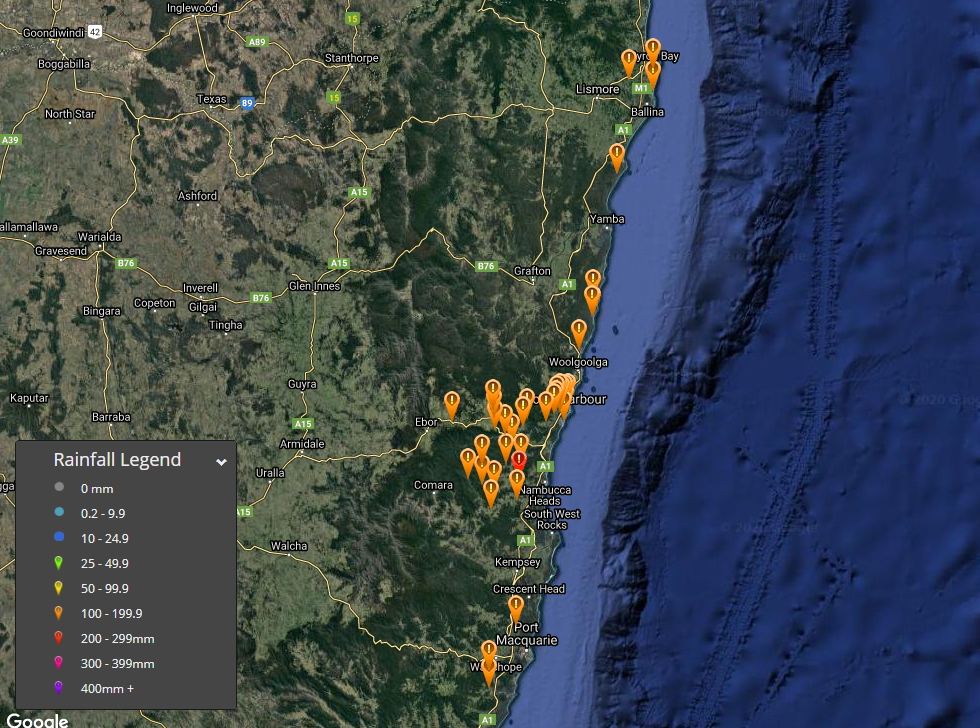