It's been a very active start to 2021 across North Queensland with the development of Tropical Cyclone Imogen which moved across the Gulf before weakening into a tropical low.

Imogen produced heavy rain and damaging winds to Normanton and Mornington Island before heading for the North Tropical Coast. Since then, the remnants of Imogen has produced extremely heavy falls across a large region of QLD, with many locations registering accumulated rainfall totals in excess of 200mm over the last 4 days.

Sweers Island in the Gulf of Carpentaria has registered a whopping 450mm over the last 120 hours, with most of that falling with the passage of Imogen. Halifax, just south of Hinchinbrook Island has seen a staggering 556mm in the last 96 hours with further falls ongoing. Other notable totals over the last 96 hours include Normanton with 301.6mm, Salt Water Creek 434mm, Japoonvale, Ingham Pump Station 491mm, Clump Point 475mm, Bulgun Creek 473mm, Cardwell 369mm, Bilyana 316mm, Clyde Road 483mm.

Numerous flood warnings are in places across Northern QLD, with minor to major flooding possible, particularly for the Herbert River, Murry and Tully River, Paroo River, Norman and Gilbert River. During Wednesday, the heaviest of the falls will steadily contract to coastal regions and slightly further south into the Central Coast and Whitsundays with another 100-150mm expected over the next 24 hours, with isolated falls of up to 200mm possible. 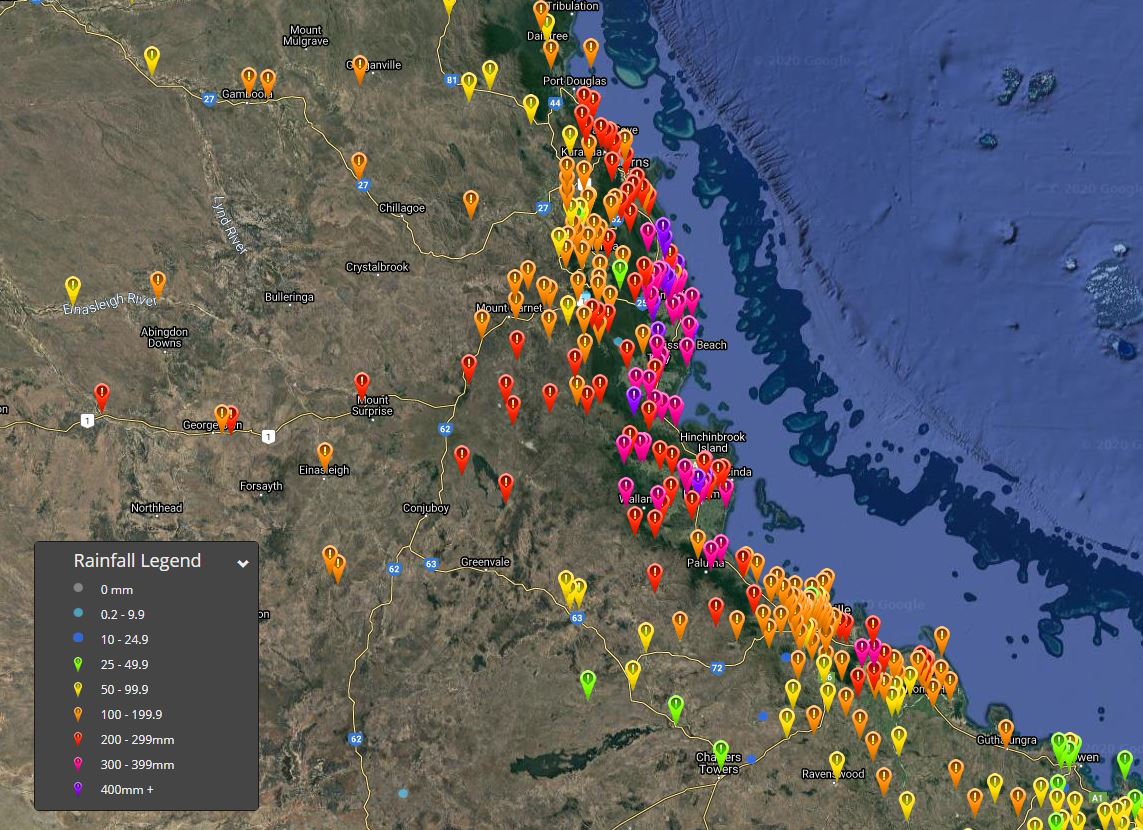