Temperatures are soaring into the mid to high 30s and 40s across southeastern Australia today, however relief is on the way as a cooler change and rain spreads across the region, although the heaviest falls will be confined to the interior.

Compared to recent years, summer has been remarkably cool across southeastern Australia and the start of February has been no different with a week of unseasonably cool weather to start off the month. The last few days have seen more summer like conditions as temperatures have risen into the 30s across large parts of the region, with today set to be the hottest day of the spell. Adelaide is forecast to hit 38 degrees and Melbourne 34 degrees (although conditions will be humid), with areas north of Whyalla in SA reaching into the low to mid 40s, and non-elevated areas north of Melbourne rising into the mid to high 30s, reaching 40 degrees at Mildura.

Today will be the last hot day for most of the region as a gusty southwesterly change moves in from the west and a cloud band brings showers and patchy rain areas. This rain is the result of the remnants of a tropical low that has affected the NT and WA across the past week, causing flooding over some areas. Unfortunately for most of SA and VIC falls will be patchy and mainly light, with most areas seeing falls of 1-5mm. Heavier totals are likely over the Flinders, Eastern & Lower Eyre Peninsulas, Yorke Peninsula, West Coast and North West Pastoral in SA, with falls of 10-20mm, and parts of the northwest of SA seeing up to 60-80mm. In VIC, the heaviest falls are likely over the North East, with totals of 10-20mm.

Image 1: Accumulated precipitation across the next 36 hours from the ACCESSG Model over SA (Source: Weatherwatch Metcentre) 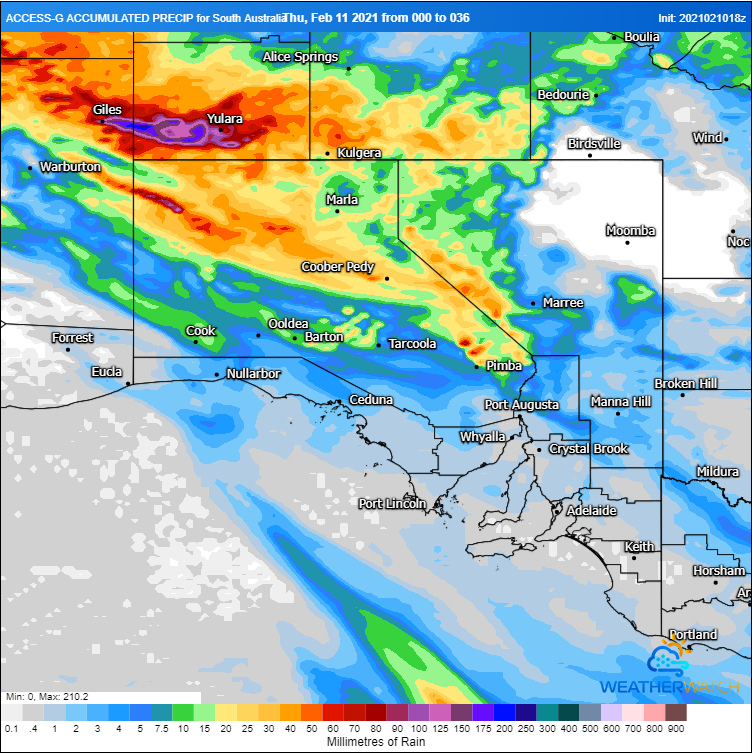 Image 2: Accumulated precipitation across the next 36 hours from the ACCESSG Model over VIC (Source: Weatherwatch Metcentre) 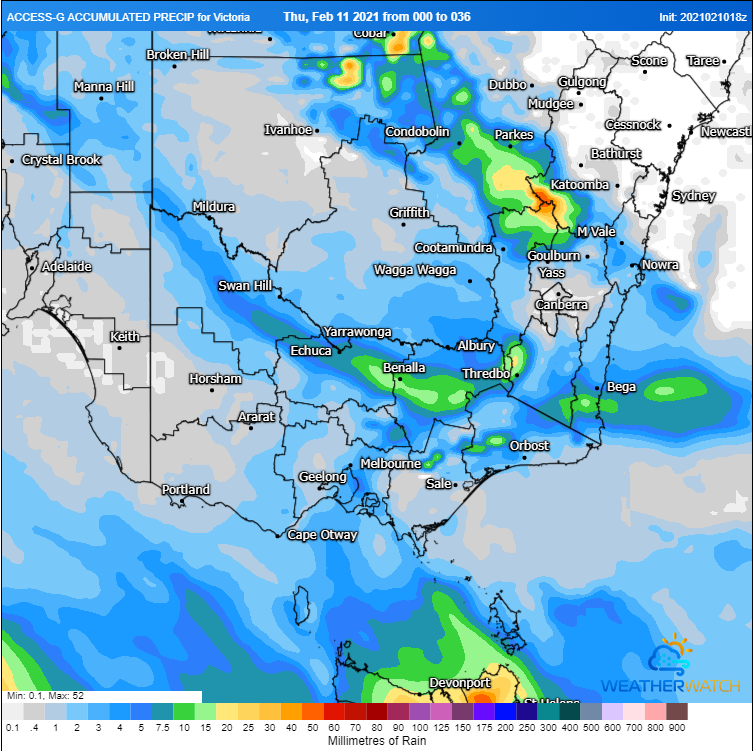