Issued at 9:12 pm Tuesday, 4 May 2021.
SEVERE THUNDERSTORMS MOVING INTO THE NORTHERN RIVERS

Weather Situation: Severe thunderstorms are developing along a surface trough moving east across northeast New South Wales, ahead of an upper low moving north across the west of the state.
Severe thunderstorms are likely to produce damaging winds, large hailstones and heavy rainfall that may lead to flash flooding in the warning area over the next several hours.
Locations which may be affected include Lismore, Murwillumbah, Byron Bay, Ballina, Casino and Kyogle. 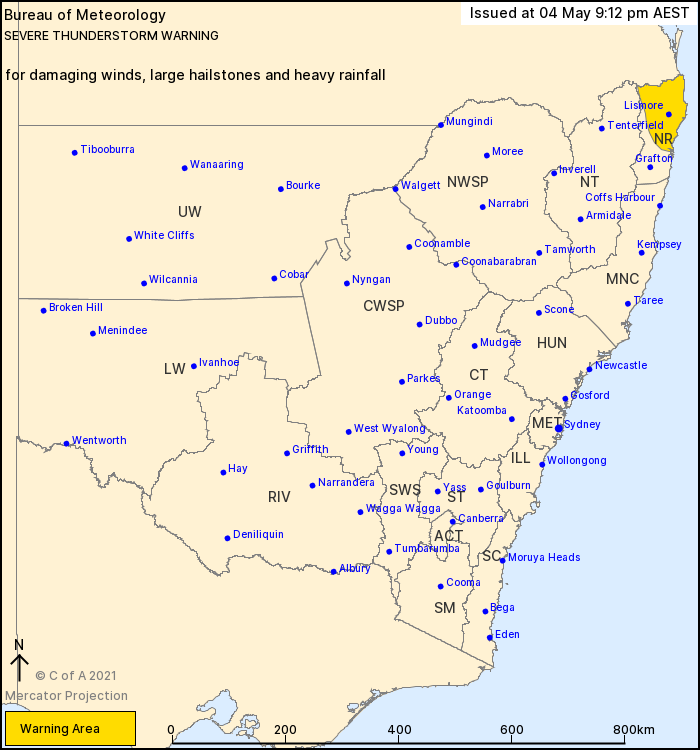