Minor to moderate flooding is likely from Tuesday.

Further heavy rainfall associated with a coastal trough is forecast across the Flood Watch area over the next few days. The heaviest rainfall is expected close to the coast and ranges.

Rainfall totals of 100-250 mm were recorded over parts of the Flood Watch area in the 24 hours to 9am Monday, with the heaviest falls in the lower Johnstone and Mulgrave-Russell catchments. Many catchments within the Flood Watch area are now saturated and will therefore respond relatively quickly to further rainfall.

Minor to moderate flooding is likely within the Flood Watch area from Tuesday.

Localised flooding and disruption to transport routes are likely within the Flood Watch area.

A Minor Flood Warning is current for the Mulgrave and Russell Rivers. 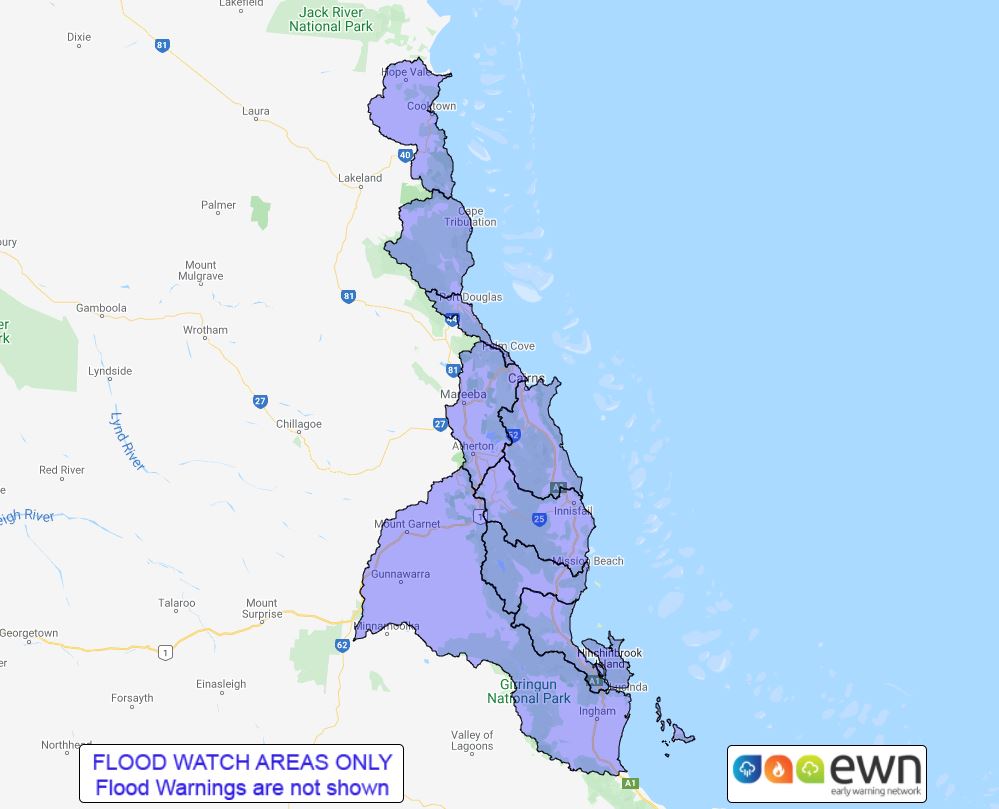