For people in parts of Herbert and Lower Burdekin Forecast District.

Issued at 12:12 am Wednesday, 21 April 2021.
Heavy rainfall occurring around Ingham in steady showers

Weather Situation: A persistent stream of showers is producing moderate to locally heavy rainfall around Ingham.
Severe thunderstorms are likely to produce heavy rainfall that may lead to flash flooding in the warning area over the next several hours. Locations which may be affected include Ingham.
206 mm was recorded at Gairloch Alert (east of Ingham) in the 6 hours to 12am. 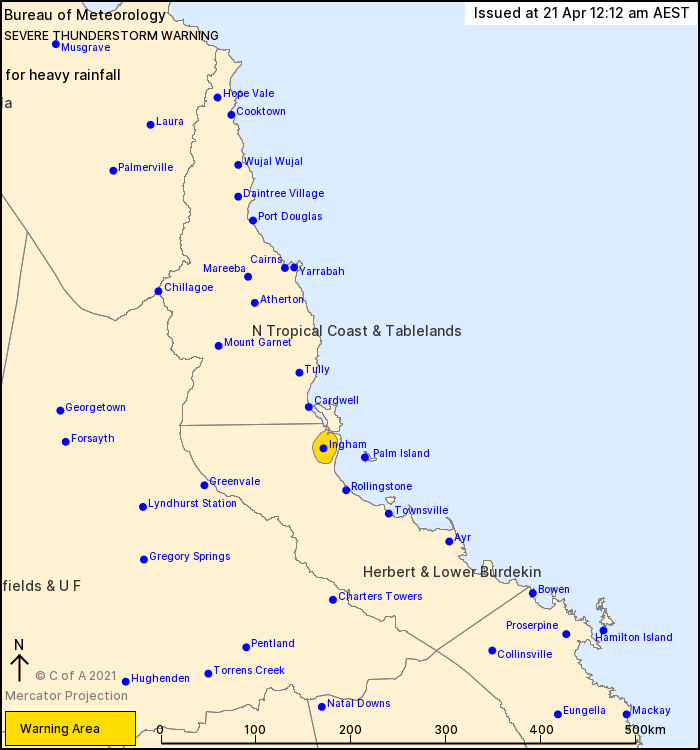