Windy on Tuesday with strong to locally damaging northerly winds.

Weather Situation: Ex-Tropical Cyclone Seroja south of Western Australia is moving southeastwards and will be captured by a cold front which will move across the west and south of South Australia on Tuesday. Strong to locally damaging northerly winds are expected ahead of the front.

North to northwesterly winds generally 35 to 55 km/h will develop across the west and south of the State during Tuesday morning. Winds during the morning and early afternoon may briefly become damaging in parts of the warning area, with wind speeds of 55 to 65 km/h and gusts of about 90 km/h.

Locations which may be affected include Port Lincoln, Cleve, Maitland, Victor Harbor and Kingscote. 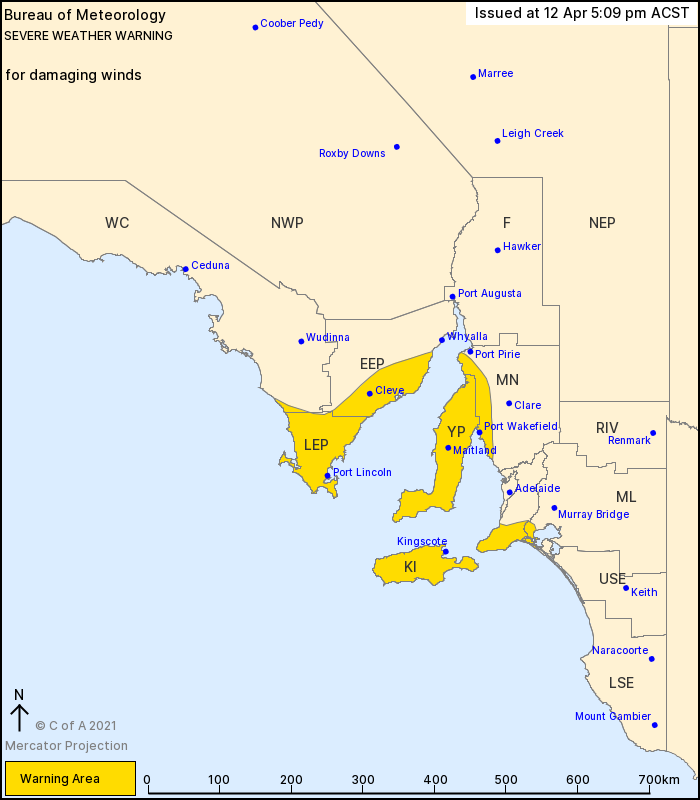