For people in parts of South Coastal and South East Coastal districts.

Issued at 10:56 am Monday, 3 May 2021.
A slow moving band of showers is expected to cause Heavy Rainfall along coastal parts of the South Coastal district Monday morning. 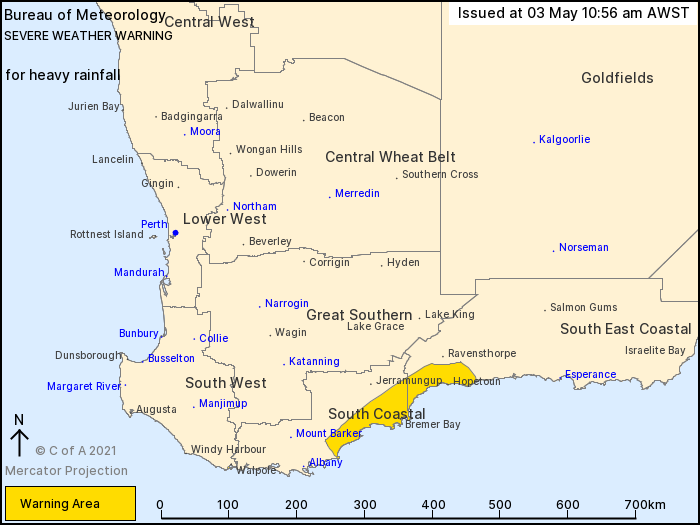